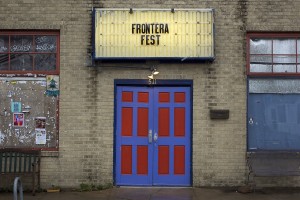 Hyde Park Theatre was founded in 1992 in the heart of Historical Hyde Park and offers a center for the arts that has produced over 50 world and regional premieres. Including mainstage season that curates the largest performance festival in the Southwest calling FonteraFest. This award winning and critically acclaimed theatre accompanies some of Austin’s best actors and playwriting. Hyde Park Theatre also contributes to producing up-and-coming writers, designers, directors, actors, and more from the diverse local art community. Hyde Park Theatre also prides itself on focusing on local artist and paying them a decent wage for their time, effort, and of course artwork to help expand the base of of working artist in Austin. By also diversifying and expanding the audience in the theatre to accommodate the vasty growing and changing city o Austin, Texas.

Catch a show that premieres some of the best worlds new alternative pieces, as well as classic works to challenge your modern audience. Not only does Hyde Park Theatre provide a service to the art world and art following community of Austin, it produces the famous FonteraFest! FontanaFest is a five week city-wide unburied fringe festival featuring over 800 local and natural artists annually. Enjoy an bill of four or five plays no longer than 25 minutes each night of the festival as well an array of comedy improv, cabaret singers, and more. Being the quaint Austin small space it is, it allows space to create a sense of intimacy between audience and performers and brings a closeness that makes a significant difference between a good show and a great show.

Hyde Park Theatre is able to give back to the art community mostly by generous donation from patrons including: City of Austin, The Texas Commission on the Arts, The National Endowment for the arts, and many more! You can check out the Theatre calendar anytime to catch an event here: http://hydeparktheatre.org/site/index.html.

512.651.0505
Chat with us
Email Us
Find an Agent
Don't Wait!
Talk to one of our full-time, experienced
Realtors before someone else does.